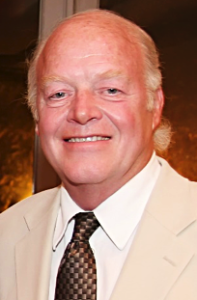 The writing of this book and opportunity to be a friend and your guide on this journey of all journeys has been an extraordinary personal fulfillment. I sincerely hope the journey will be the same for you. It has also caused a clarity and understanding of the bigger picture for me and hopefully soon for you as well, the realization of your personal epiphany, and an amazing personal peace and serenity heretofore unknown.

My education and upbringing prepared me well for this endeavor. Courses in high school and then my bachelor of science degree explored several fields—anthropology, biology, chemistry, physics, and sociology—whereas my graduate school studies concentrated in biology and chemistry, including human anatomy. My studies also included a liberal dose of classes in mathematics, business, history, languages, and the arts. During my formative years, my siblings and I were very blessed to have extraordinary, loving parents. I regularly attended church and actively participated in its activities, received classical music instruction for the piano, was involved in sports, and traveled extensively throughout the United States, North America, and many countries abroad. All this provided me with profound, intellectual and educational experiences that significantly added to my formal education. In addition, after college, I was an officer in the US Army, which included military science classes. It is this cumulative background that formed the foundation of who I am. With this extensive background supporting my broad interests, colleagues often referred to me as a Renaissance man.

From this genesis, I developed a burning desire to address the biggest of all possible subjects—the CREATION—and to do so in a manner that would examine all known and updated scientific information as comprehensively and thoroughly as possible, leaving no stone unturned, and then address whatever determination or determinations an examination of such magnitude might or might not reveal. Needless to say, to do so would be an extraordinarily ambitious undertaking that would require my full attention and Renaissance-man mentality, not to mention a considerable amount of TIME.

Because of my church, family, philanthropic, civic, and professional occupational commitments, many years transpired before I had the opportunity to give my full attention to address my desire, which compelled me to write this book. Nevertheless, during this lengthy period, I often contemplated the workings of the universe and the latest scientific observations, discoveries, determinations, theories, etc. that were continuously unfolding. Along the way, I began to recognize a pattern taking form, knowingly or unknowingly—the more the science of the Big Bang and the CREATION revealed, the more these findings were, in fact, increasingly supporting the biblical view. All of which was further compelling me, once I finally had that welcomed opportunity, to get started on what would become my magnum opus. As such, from the TIME I actually started formally working on this book to the TIME I felt comfortable enough for it to be published was a period of approximately nine years. Most fortuitously as it turned out, these nine years were a period of amazing, significant scientific observations and discoveries without which this book would not have been the same. As the book developed, there were occasions, especially with chapters 9, 10, and 11, when my CONSCIOUSNESS and fingers felt as though they were being guided to the letters and words. This is not intended to sound corny or insinuate I was somehow the recipient of inspiration from God; it’s just stating a feeling difficult to offer any other explanation for.

Even though I finally felt it to be in a position to proceed with publishing, the new relationship described herein will never be finished—it’s a journey that’s timeless and never-ending for all of us and everything. As I state in the book as “your friend,” “Patience is a virtue, albeit a difficult one. Tenacity is also a virtue. It is by being tenacious with patience that we can achieve our objectives.”